Video Audio Transcribed
“We live in this culture of stress, so the first thing that happens when the infrared comes into the body, and vasodilation happens and the muscles start to relax within that, is you go from a sympathetic state to a parasympathetic state. Sympathetic is the fight-or-flight, the running from the tiger, the stressed-out response. Parasympathetic is rest and digest, the “Ahh, I feel good,” but most of us in our culture live in the stress point. We live there so much we’re not even aware of it anymore so the body and its infinite wisdom really can’t heal. It won’t put energy into healing when it thinks it’s being chased by a tiger. The body says “look, we’ll do that healing but let’s get rid of the tiger first!” When you get in the infrared sauna, it doesn’t matter what’s going on in your life, this physiological process of the vasodilation, of the muscle relaxing, of everything heating up, it’s going to put you into parasympathetic and that’s where the healing can begin.

A lot of people that I’ve seen over the years in our saunas– and I’ve talked to a lot of people that have used our saunas and their outcomes– what I’ve come to believe is that if you’re really stressed out than the set point between sympathetic and parasympathetic gets skewed. It gets off the meter, so using the sauna regularly will reset this set point in your autonomic nervous system between sympathetic (fight-or-flight) and parasympathetic (rest and digest). This is huge for healing! We’re just starting on the road of healing so that’s number one.

I don’t know if you remember, but back in in the old days there was a TV commercial for Memorex cassette tape and it said “Is it live, or is it Memorex?” This was Ella Fitzgerald, a great singer. Ella would break a glass with her voice by just getting that right note. If you ever want to try this take a wine glass, hold it by the bottom and ping it with your fingernail. The wine glass will give out its own tone. That’s the tone that you need to put back into the wine glass. If you can do that, the glass will start to vibrate. And if you can do it with enough clarity and power, it will shatter the glass.

…The Japanese Kabara a long time ago in figured out that that resonant frequency also carries over into the human body and into water cells. If you could get this resonant frequency using heat, using infrared, what happens is the water molecules within the cells will vibrate and this is how the toxins cleave off and then they go through interstitial fluid. Then they go out through the organs of elimination and hopefully sweating. Now sweating is not necessary in order to detox but it’s definitely a good pathway for that to happen.

We took and studied this information and have applied it to our infrared heater design for the last 18 years. We’re in our sixth generation heaters to get more and more of that 9.4 micron energy into the body and some other markers in order to heal the body. We’re actually healing with the wavelengths. We’re actually making a difference. Most people think all you getting in a sauna is that you heat up. There’s so much more to it that we’ve worked on to get it to that point of frequency resonation to really detox the body. So that’s the second thing, detoxification.

I’ll go to the third one which is weight loss. There’s been a term coined ‘obesogens,’ which has to do with the idea that many people can’t lose weight because of the toxins that are stored in the fat cells. You know people that eat healthy, they workout but the weight will not leave them. The reason is the body cannot lose the fat until the toxins leave. We did a study with University of New York, SUNY, Binghamton. We put 20 subjects in our saunas and we had them take a sauna for half an hour, five days a week, for a total of eight weeks. We had a control group that did not use the sauna. At the end of those eight weeks only eight weeks, half an hour in the sauna, five days a week, they lost an average of 4% body fat. The control group unfortunately did not. I think that’s because of what I told you about the detoxification and also it’s been a positive postulated that we’re boosting the metabolism with the heat. When you heat the core up in the way that we’re doing we know that we’re boosting the immune system, but we’re also boosting the metabolism so you’re burning more calories. If you go on Kaisers website they talked about how using the sauna sauna is a good thing for pain, and also that you can burn up to 300 to 800 calories in a single sauna session.

Okay now let’s talk about skin health a little. Most of the people have reported to us over the last 18 years that they noticed within the first week their skin got softer. Why? That’s because a lot of the detoxification happens from skin through sweating. The first thing that gets purified is the skin and it’s going to feel different. It’s going to feel softer. It’s going to feel clean in a different way.

Now let’s go to heart health. A big study just came out this year and that was published in Jamon, also reported in Harvard Health Review, that was a 20-year study, 2,300 men, starting them at 50 years old. What they wanted to find out was what is the effect of using the sauna on morbidity and heart health. They found that if you use the sauna for one time a week out of that 20-year period, 58% of them have died. If you use the sauna 2-3 times a week, only 38% died within that period of 20 years. But if you use the sauna 4-7 times a week, your chances of dying where there’s only 31% of the people that died. It’s a huge study and it’s over a long period of time and had a large amount of people but a very interesting study. There have been a lot of journal peer-reviewed articles about heart health and just healing the heart. It makes sense because we’re getting all this blood to flow through. We’re helping to reduce obesity which is going to make your lipid panels better. They’re going to have more of the good HDL and less of the LDL on the triglycerides that are bad for you.

Now, I would like to just touch on very briefly autoimmune diseases which have just skyrocketed recently in people’s sensitivities to chemicals and electromagnetic fields and all kinds of things. We have a toxicity load that we can handle and every one is different it’s called a toxic burden. When your toxic burden gets to a certain level your body starts to go out of kilter because it’s storing all these toxins. The toxins are Mimicking hormones in the body and that’s where you get sort of a body gone rogue. Your body starts to see friendly things in the body as not so friendly. This is sort of the thumbnail basis of allergic reactions. Autoimmune is the body attacking itself but what we’ve seen and found that is that if you can bring down the toxicity level, many of these symptoms that sometimes mimic other diseases will start to abate and sometimes disappear. Again, we’re not curing anything. We’re just giving the body a fighting chance.

Did you know that there’s 80,000 chemicals in our in our environment that our great-grandparents did not have? They weren’t here back then. One of the studies I like to pull out from time to time is from the President’s Council on cancer. This was sponsored by a National Cancer Institute. The President has its own Council of PhDs who put together a many hundred page report that talked about the role of toxicity in causing cancer in the workplace. They said in the first page of their study was how they were surprised at how prevalent these toxins were and how most people weren’t even aware of it. So their recommendation was avoid toxins at all costs. Avoid toxins in the workplace and at home, and in your food. Well that’s really great except all of us in this planet are filled with toxins already in our body. So it’s not a matter of avoiding toxins, we’re living with them right now. The number one question is how do you get the toxins that are in our bodies out so you can regain your health and how do you come up with some kind of plan to keep the toxins out? Infrared saunas are great start.”

5 Ways to Improve Your Mental Health

Loving Yourself Is The Greatest Revolution 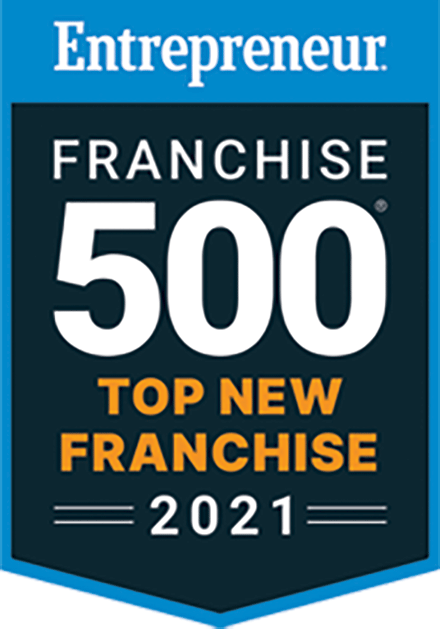 The statements made regarding these products have not been evaluated by the Food and Drug Administration. The efficacy of these products has not been confirmed by FDA-approved research. These products are not intended to diagnose, treat, cure or prevent any disease. All information presented here is not meant as a substitute for or alternative to information from healthcare practitioners. Please consult your healthcare professional about potential interactions or other possible complications before using any product. The Federal Food, Drug, and Cosmetic Act requires this notice.

BOOK A SESSION IN